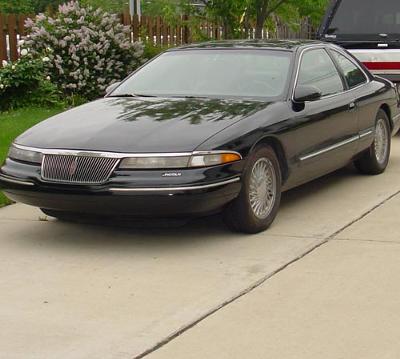 I've been renting homes for 25 years this is the first time a departing tenant has left a car for me. How do I dispose of it?

I contacted the local City Officials...

They informed me since the car was on private property they would not dispose of it. I think under the law I could of pushed it but didn't.
Due to where the car is parked and the steering wheel is locked you would have to jack the car up, move it into position, put it in the street, jack up the car again, reposition it again, and try not to hurt yourself.

One person said, “Punch out the key cylinder, but don't set off the air bag”, I passed on that suggestion.

I contacted two agencies that pick up unwanted cars; they will not pick up a vehicle without a title. They won’t pick up a tenant abandoned car either.

I belong to a Real Estate Investors Association (REIA)...

While at a Directors meeting, long time director Frank said, “Why don't you have it towed?”. I covered the title issue.
Frank suggested, have a tow truck tow it into the street, then let the City tow it as an abandoned vehicle. How much can it cost?

Well, this is on my list for this week!
You will only hear from me if it fails.

I played with this for over a month!
If you talk to enough people in a landlord group you will get answers to the tough questions!

Any suggestions to get rid of a tenant abandoned car?

Get Updates To This Site Sent To You
Copyright 2008-2019 Ask-The-Rehabber® All Rights Reserved. Information contained in this website is for educational and informational purposes only. Please consult an Attorney before signing contracts and entering into a real estate transaction. Disclosure | Home Page | Ask A Question | What's New